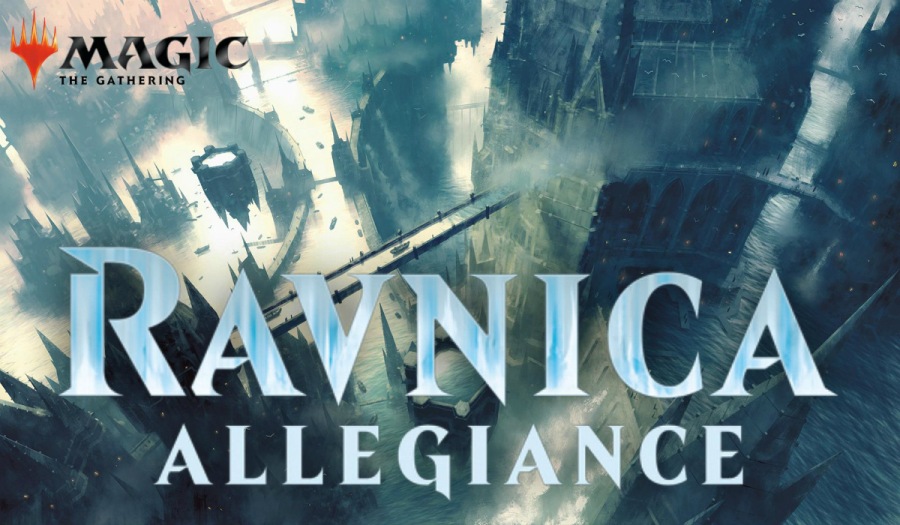 It’s that time again … time to venture into the wilds of Modern and see what the most recent Magic set has done to the place. Did Ravnica Allegiance contain a card that will shift the format fundamentally, as Guilds of Ravnica‘s Arclight Phoenix did? Or have the most recent cards simply slotted into the existing metagame?

Hopefully, that’s what you’re here to find out! Below, I’ll break down some of the top-performing cards and new decks Modern’s seen as a result of Ravnica Allegiance, starting with the return of many people’s favorite, formerly-banned deck …

For those who didn’t play Modern during Birthing Pod’s reign, imagine a deck that combined a) Modern’s very best value creatures, b) a number of one-of hosers, and c) a game-winning combo, and could search up whichever one it needed starting on turn three. If that sounds oppressive, well, Wizards of the Coast agreed with you. They banned Birthing Pod for that very reason, four years ago.

Vannifar, however, is no Birthing Pod. She hits the battlefield a turn later, can’t activate her ability right away (due to summoning sickness), and dies to creature removal. She is much more fragile and finicky than a Birthing Pod. But that hasn’t stopped a number of pilots from 5-0’ing with various versions of Vannifar decks, designed to combo out with Kiki-Jiki, Mirror Breaker and various “untap” creatures.

Vannifar has yet to put up true tournament-level results, but it seems entirely possible that she will. And if your local shop is anything like mine, the former Birthing Pod pilots there won’t stop until they figure out how to build the best Vannifar deck that they can.

Electrodominance also has yet to dominate any high-level tournaments, but deck builders sure are trying to break this highly-abusable looking card.

Primarily, pilots are looking to use Electrodominance to cast Living End and Ancestral Vision, two Future Sight cards that don’t actually have a mana cost (and thus normally can’t be cast). From there, these decks seek to win via either good ‘ol fashioned Living End beats, or the Kiki-Jiki/Deceiver Exarch combo. The version that doesn’t require you to find a combo within a combo seems to be gaining steam faster; MTGGoldfish has multiple listings for the non-Kiki-Jiki version.

The existing As Foretold deck that Electrodominance slotted into was already capable of stealing games, and increasing that deck’s consistency and options via adding Red (and an additional combo enabler) seems like it can only help! I wouldn’t be surprised to face down an Electrodominance deck soon.

3. Light Up the Stage

Now, we’re venturing back into known territory. Light Up the Stage is a solid card draw spell that has slotted into Modern exactly as you’d expect it would: as part of various Mono-Red Aggro decks.

Some Burn decks have played a couple copies of Light Up the Stage, though most have eschewed it (probably due to the card’s anti-synergy with Eiodolon of the Great Revel). Where the card has really lit up Modern is as part of the Mono-Red Phoenix deck that threatened to break out after Guild of Ravnica, only to be supplanted by the Izzet Version. The Mono-Red version has been placing at more and more events, ever since Light Up the Stage was released.

Light Up the Stage is incredibly efficient, and I’d be surprised if Mono-Red Phoenix is the only deck that finds a use for it. Personally, I’m thinking about how the card might fit in Blue-Red Wizards …

Deputy of Detention is this set’s Knight of Autumn, the new card most likely to be found in creature decks’ sideboards. That said, the Deputy is also finding some maindeck work. Various builds of Bant Spirits (maybe Modern’s best tempo deck) are playing as many as three Deputies in the main, while Bant Company decks are experimenting with a couple.

The Deputy has also found his way into Humans sideboards and even convinced some Spirits players to cut Green from their deck entirely. It turns out that catch-all answers are good in Modern, the format where you could be facing down eight entirely different decks in an eight round tournament. Deputy of Detention takes care of any permanent that’s troubling your creature deck, and unlike his namesake, he can even attack and block to boot.

Skewer the Critics has launched a Modern Burn renaissance, in which Burn pilots are experimenting with nearly every color combination – and finding success with most all of them.

Some pilots, like Richard Yam at Grand Prix Toronto, have opted to slot Skewer into Red-White Burn. Others have retained the Green splash in order to play Destructive Revelry in their sideboards. More experimental builds play primarily Red and Black spells, with Blue seemingly the only color that doesn’t want to help Red lambaste its detractors.

Lightning Bolt is and always has been a strong Magic card, and Burn has always played as many of them as it can. In an aggressive deck, Skewer is close enough to Bolt that the difference doesn’t matter much. And while you can complain to your local Burn player that their deck’s now too strong … well, they’re probably even less likely to care about your criticism now.

A lot of additional Ravnica Allegiance cards have made a small impact on Modern … but the five above have shifted how the format functions. You’re likely to see one or all of them at your local shop soon, but hopefully I’ve helped us both stay ahead of the post-Allegiance changes!

If you think I missed a yet-to-break-out card, let me know in the comments below. In the meantime, here’s hoping you find success at your next Modern tournament, whether you’re playing cards new or old.

One thought on “Top 5 Modern Cards From Ravnica Allegiance”