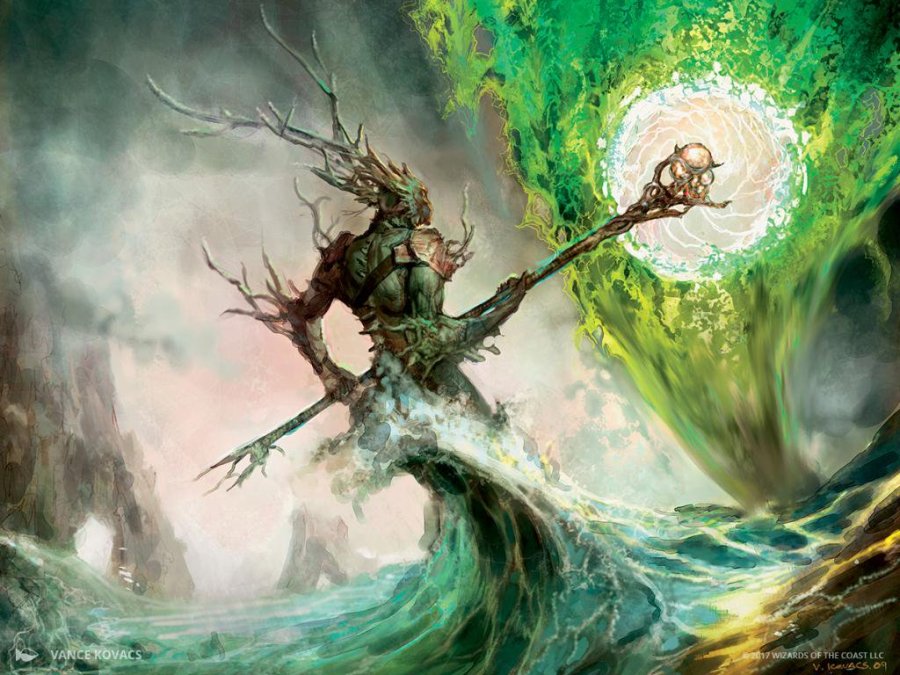 “In a world where Jace, the Mind Sculptor and Bloodbraid Elf are unbanned, one young Chandra Nalaar fan will attempt to keep an archetype afloat.”

The semi-recent Modern unbannings have set a plague of Jace and Bloodbraid Elf midrange loose on my local shop, creating an environment in which U/X Control and Tron are set to clean up. My Grixis Death’s Shadow deck, however, seems less well-positioned. A top-decked Jace can bounce Shadow’s Delve threats and lock up the game in short order, and Bloodbraid Elf usually provides a removal spell (or worse, a Liliana) alongside a Haste-y attacker that pressures Shadow’s already low life totals. Combine those cards with an increased prevalence of Lightning Bolts, and you’re looking at a relatively hostile meta.

With that in mind, I decided to try something new. A take on Grixis Shadow that can consistently produce more than one threat, dodging Jace and Liliana downticks and potentially solving the deck’s problem with go-wide aggro. Without further ado, I present Grixis PyroShadow.

This list eschews Grixis Death’s Shadow’s typical Delve threats entirely and, as a result, plays zero Thought Scours and zero Stubborn Denials. Instead, Young Pyromancers, Opts, and Spell Pierces fill those slots. Here are the pros and cons of the changes, in my mind:

The Pros and Cons seemed even enough, so I figured it wouldn’t hurt to try this configuration out. I took the above list to Feb. 27’s Tuesday Night Modern at Crazy Squirrel Games, where I faced off against:

This is what I learned in those four matches:

However, I think my list’s surprise factor contributed to my wins (and close losses). I’m not sure I’d feel as good about the deck if my opponents knew exactly what they were up against from the start of game one. So further testing is merited and required. I’ll be getting around to that over the next couple months, but for the next little bit, I’m going to be loading my decks up with Blood Moons. Because a Jund deck that SPLASHES FOR BLUE is a mockery of Magic‘s mana system and cannot be allowed to stand.