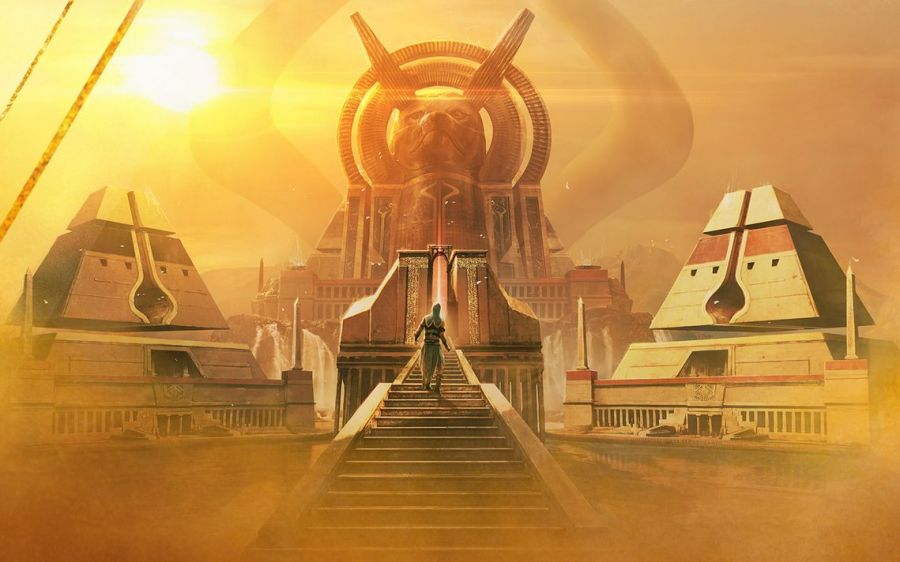 Hey there, loyal readers! Welcome to a tale of sun and sand…wait, am I talking about Amonkhet or the fact that this blog’s now based out of California? Oh, I’m being told that it’s definitely Amonkhet. Read on for a tale of being forced into Red-White beatdown, the best deck that apparently no one wanted to draft.

Before I headed out to my new local game store (Crazy Squirrel Games) for my first taste of Magic in California, I did my due diligence. I listened to the most recent episode of Limited Resources, in which Marshall and Luis went over the ins and outs of how aggressive the format was, and how most pros had settled on Red-White beatdown as the current best deck to draft.

With that in mind, I assumed that trying to draft Red-White at a new store, where it seemed like most everyone knew what they were doing, was a big ol’ trap. So I was happy to open a nice Black Rare, Archfiend of Ifnir, in my first pack. And I tried to stick in Black for a little bit, and then add on White, but then I kept on seeing cards like this come back to me: 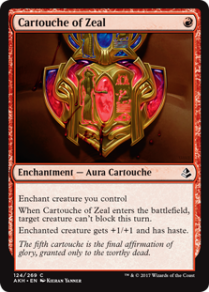 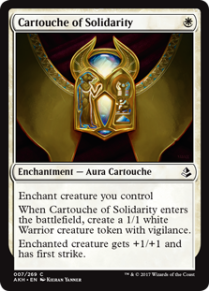 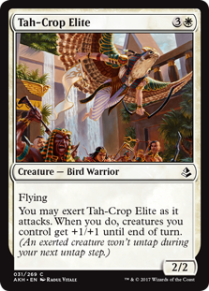 And so I knew I was going to be playing Red-White beatdown after all. I committed a bit too late to have the best possible version of the deck (and our draft was a little slanted, as we had two pods of six players), but my deck was more than passable, with 8 two drop creatures (including 2 Gust Walkers) and a number of extra ways to get damage through, including one copy of Trial of Solidarity, which some people have been calling a Mythic Uncommon:

I didn’t quite get there on the evening, but I had a ton of fun at my new store. My first round was against an opponent playing Grixis Control, and I managed to steamroll in for 14 damage in one turn to take Game 3 of that match.

In Match 2, I lost to Magma Spray and other Red removal spells stonewalling my buffed creatures, while my opponent’s Essence Scatters took care of the top-decked threats I drew. This match still went to Game 3 though, and I was able to pull off another “billion damage” turn in Game 2 thanks to my Trial.

Match 3 was very, very close. In Game 1, I drew poorly and got stonewalled by Compulsory Rest and my opponent’s large toughness creatures. In Game 2, I won on turn 4 by attacking for 11 damage, as my opponent spent most of his time cycling away cards while I produced a series of threats. Game 3 took a long time, as I looked for an avenue to victory, and I thought I’d found it twice. But both times, my opponent had top-decked an answer to my assault, and after getting wrecked in combat not once, but twice, I was unable to recover and win the game.

Overall, I had a lot of fun at my new store, and a lot of fun with Amonkhet. I can definitely see what people are saying about the Red-White deck, as my version did not even feel spectacular, and still threatened to win all three matches. If I’d had access to a couple slightly better two and three drop creatures, or a solid finisher at the top of my curve, I think the deck would have been very good. The Trial (with Cartouches), Tah-Crop Elite (and other Exert creatures), and Start to Finish (which I’d splashed one Swamp for) were definitely the best cards in my deck. The only cards I had that didn’t exactly pull their weight were Pursue Glory and Nimble-Blade Khenra, though I may have just been spoiled by the quality of some of the better cards in my deck.

At the end of the night, I’d earned $3 dollars in “Squirrel Loot”, and I cashed that in on a physical copy of the Dungeon World book, which I’m hoping to use with some friends from back home. I’ll definitely be going back to Crazy Squirrel soon though, hopefully for some Modern action. So that’s likely what you’ll be reading about in a couple weeks’ time!

Until then, may the Bolases be ever in your favor.