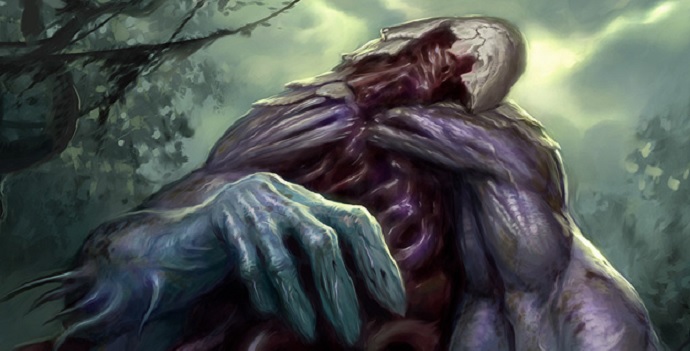 Last week, I promised to write about one of the five best formats that no one plays, and so this week I’ve got a spicy Pauper brew to share with you all. Translated from Modern to Pauper, this is my take on an all-Commons version of Mono-U Tron.

For those who don’t know, the Modern version of Mono-U Tron looks to stall out the game with various counterspells, bounce spells, and small creatures until it can assemble the “UrzaTron” lands: at least one each of Urza’s Mine, Power Plant, and Tower. Once you have all three of those lands in play, you can make what is essentially a billion mana.

With that billion mana, you can play big endgame spells such as Ugin, the Spirit Dragon, Sundering Titan, and Platinum Angel. If you really want to lock the game up, you can combine Academy Ruins and Mindslaver to steal your opponent’s turn indefinitely.

In Pauper, our plan is roughly the same, although we don’t have access to quite as powerful finishers. However, Ulamog’s Crusher is no slouch in the all-Commons format.  If he sticks around, he easily demolishes the opponent’s permanents and ends the game in short order.

Our other endgame plans are to stick an Aethersnipe (which does a decent job of both setting our opponents back and providing some pressure), Capsize our opponent’s board away, or use Whispers of the Muse and Mulldrifter to draw cards until we find a Crusher. Thanks to Capsize and Whispers’s Buyback ability, our deck has the same inevitability as the Modern version, provided you can stall long enough to cast your big spells.

Condescend, Memory Lapse, and Sea Gate Oracle should help you out with that, while Expedition Map and Impulse will find any missing UrzaTron pieces that you need. Later on, Impulse can also find you a Crusher or other finisher to end the game with.

While the deck is slightly slow for the format, it is a ton of fun when you live long enough to get it going. You can also use some of the same cards to build the more prevalent three and four-color versions that pop up on Magic Online, if you want to play a similar deck with access to more cards.

To see the full decklist, with a suggested sideboard, click here. Also note that the utility lands in the main deck and sideboard, Haunted Fengraf and Radiant Fountain, are completely interchangeable. If you know you’ll mostly be playing against fast decks looking to kill you quickly, play Fountain. If your opponent wants to play a long game with you, play Fengraf (and hope it always returns a Crusher).

That’s it for this week! Be back here in two weeks for a return to the From the Ground Up series, in which we focus on a Commander deck headed by Alesha, Who Demands a Better Manabase.