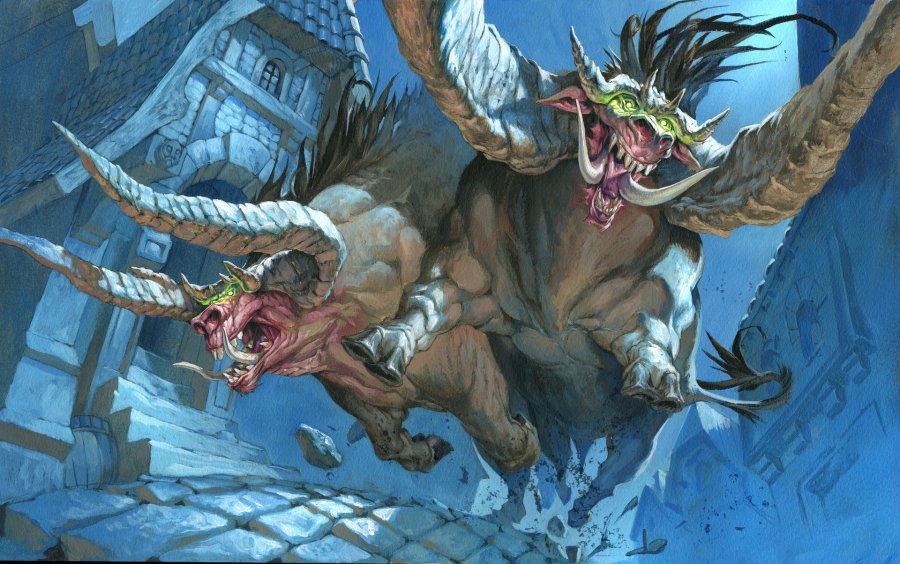 This week, I’m wrestling with a question that I think a lot of us have tackled when building an EDH deck, and I want to talk it out here on the page. The question is this:

Is the deck I want to build too good for my playgroup?

Recently, I’ve been working up a casual build of Alesha, Who Smiles at Death (which you can follow in the From the Ground Up series). With Alesha now firmly entrenched (the deck is super fun), I want to step one of my other decks up a bit to give me some more power level options. Here’s how’d I’d rank the decks I currently have in rotation:

Additionally, because I’m a weird nerd who likes to see patterns completed (as most of us who play Magic are, I think), I also see a color gap that I’d like to fill. I’m currently using the colors White, Blue, Black, and Red three times each, and I’d like to complete the pattern by fitting a third instance of Green into my decks. I also don’t want to build another deck, because maintaining five decks is about all my budget and time can stand for.

With that in mind, I’d like to take the Melek deck that I already love, smash it together with a bunch of additional components from some other previous decks, and make a kick-ass Riku of Two Reflections deck. This deck would steal a lot of spells from Melek, and would also get to play:

With those pieces, plus some new toys, the current decklist comes out to something like this.

My worry is that this deck, while made up of cards that I love, might be a little too strong for my usual playgroup. Barely anyone plays counterspells, for example, and while we have spot removal, it’s not plentiful. An entwined Tooth and Nail for Kiki-Jiki and Deceiver Exarch would likely just win on the spot, and that’s not super fun if it happens consistently. I tried to limit the amount of creature tutors I’m playing in the deck, but I can’t build this thing and not play Tooth and Nail. If I’m going to go for it on this one, I’m going to go for it.

I also like that if I play with a more powerful, or random, group, such as at a store or among other friends, I’ll have a go-to deck that can hang in those groups. Right now, the decks I build for my usual group can just about hang, but don’t quite cut it.

For now, I’m going to a) build the deck (about 19 cards to buy) and b) try to keep myself in check. If I pull off the dream and win on turn 3 (possible with these cards in your opener: Land, Land, Sol Ring, Deceiver Exarch/Pestermite, Splinter Twin), the next game I’ll hang back or switch decks. And I might not go for it every time. Because in EDH, it’s sometimes more important that everyone has fun than that you win. I think I can both play the deck and manage myself so that I’m not being a real big jerk every time I bust it out.

But we’ll see. Updates to follow, as the adventure with Riku begins!

One thought on “Going Big: How Good Is Too Good in EDH?”