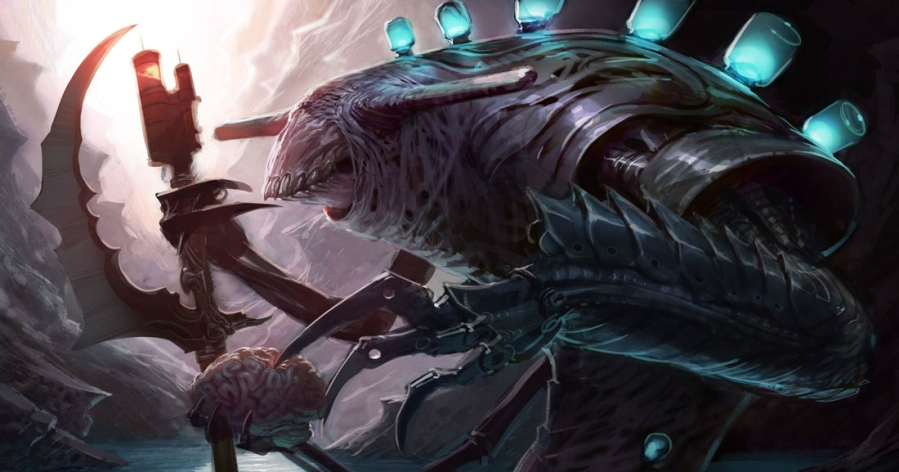 Hey all, and welcome to the first real post on Matt Plays Magic. This is the beginning of my lead-up to playing GP Detroit in March. GP Detroit is Modern, and I’ve recently decided to switch to UR Twin from my Grixis and UR Delver stand-bys. I bought most of the cards I was missing for Twin shortly after the release of Modern Masters 2, but have only run the deck a few nights locally before. I eventually switched back to Delver variants, mostly because I enjoy the decks.

For GP Detroit though, I really don’t want to play Delver. Because the deck is inherently weaker than a lot of other Modern decks, you really have to sequence your plays correctly and use every card to its fullest to squeak out tough wins, especially against experienced opponents. Doing this for four or so rounds every week or two is great fun (unless you’re sick, which I seem to about 50/50 on this winter). Doing this for potentially fifteen rounds across two days seems miserable.

So I’m switching to UR Twin, but I’m doing it with a little bit of style. Here’s what I was planning my deck and sideboard to look like as of next week, for the second trial run (Here’s a link to the same list on TappedOut for the visually minded. I’m working on Auto Carding for the next post.):

For this week, there are a few notable changes, as some cards I ordered recently hadn’t reached me quite yet:

You’ll also notice that this list is also slightly off-stock in a few ways. Here, I’ll try to explain my reasoning:

So these were my thoughts as I constructed the deck and went into playing on Thursday night. With that all laid out, let’s get into some games.

What’d I Play Against? How’d I Do?

My most frequented local shop (Mox Mania hype) runs Modern events on three days of the week. I usually go to the Thursday tourney. Our Thursday night meta is pretty diverse, and we usually get 20 or more players. There is already a lot of Twin (and thus Twin hate there), but we have everything from Jund to UW Emeria to Tron to Soul Sisters depending on the night. There are four rounds of play.

This Thursday, we had 23 competitors.

So my very first match, I faced the mirror. Also, I faced an incredibly competent opponent, who I know plays quite regularly and travels to a lot of events. So I knew this was going to be a skill-testing match to start off with.

The first game, we did a lot of the typical Twin mirror back and forth of testing the waters with various spells and counterspells. He attempted to pull the trigger on the combo first, flashing in an Exarch then attaching a Splinter Twin to it on his turn, but I was able to flash in a Pestermite of my own and tap the Exarch in response to the Twin.

On my next turn, I used Cryptic Command to remove the offending Exarch and started getting my beats in. We tempo traded for awhile until I was able to dig for a Twin with Izzet Charm protection.

For game 2, I made the following sideboard swaps. I’ve been trying to think of boarding as taking out bad cards first and putting in good cards second, so that’s how I’ll list my swaps here:

I’m pretty sure that I lost game 2 to a counterspell war that I  shouldn’t have started. It was about midway through the game, revolving around a very unimportant Electrolyze. I played my ‘Lyze on the end of my opponent’s turn, and he Dispel’d it. I should have probably just left the chain at that, as knocking out a Dispel is pretty good on its own. Instead, I overcommitted to the tempo/burnout plan and decided to play a Dispel of my own, since I had two in hand. The opponent was then able to Remand targeting his own Dispel, and produced another counter for my second Dispel. The exchange overall was pretty backbreaking for me, as I ended up trading a bunch of cards for basically nothing and then being down a card to the Remand draw.

My opponent was eventually able to combo off with a Spellskite for back-up (which was pretty vexing as I had a Twin in hand that I could have attached to a Snapcaster), and I had nothing to prevent it.

It seemed like the opponent was still primarily playing towards the combo, so for game 3 I made one additional swap.

Peek was probably not the right cut, but I wanted to get Spellskite in as additional protection against my opponent comboing out. Talking with my opponent afterwards, he’d actually sided most of the combo out game 2 and then brought it back in game 3, which was interesting.

Here, I kept a slightly loose and non-interactive hand and got punished pretty quickly, as the combo again got me and I lost 1-2. I had a nice sideboarding discussion with my opponent after the match, in which I learned he’d shaved far less of the combo in game 3, cutting Bolts and a Cryptic (too expensive he said) instead. We had similar sideboards in theory, if not in actual cards, and he had actually brought in a Wurmcoil Engine against me (I didn’t bring it in for the same reason he cited cutting Cryptic, too expensive).

It was a tough match to lose after winning the first game on what I thought was some good play, but I learned a lot.

I ended up getting the bye for the second round, and so I read some Neil Gaiman and scouted the other decks in the room. One of the most interesting match-ups I found was BW Eldrazi vs. Esper Gifts Ungiven, which has to be terrible for the Gifts player. The meta was as diverse as expected, with some people piloting Amulet Bloom just in case the deck should get its death knell on Monday, and some cool oddballs popping up such as RUG Delver and Mono-White Beats.

Round 3: Vs. Bring to Light Scapeshift

I hadn’t played against Scapeshift in a pretty long time, and I’d never played against the Bring to Light variant, so I was interested to see what the deck could do. Game 1 I led off with a Grim Lavamancer that ended up looking miserable throughout the game (it is so very bad against Sakura Tribe Elders) and never really found anything to get going. I was able to stall the opponent out and beat him down to 7 life with Snapcaster, Bolts, and Grim Lavamancer, but just wasn’t fast enough and eventually fell to Valakut.

For game 2, I sideboarded as follows:

This game, I drew a lot of interaction and forced my opponent to hold up mana to interact with the combo. I went for the combo once and failed, but had a second Twin in hand and was able to use Izzet Charm’s loot mode to find an Exarch. I was eventually able to go for it with enough backup to fight through his interaction.

For game 3, I kept my deck the same. I ended up losing this one, and it was on the back of a couple plays, I think.

Round 4: Vs. Amulet Bloom

I got quite excited when I saw the opponent play turn 1 Amulet of Vigor in game 1. I had never played against Amulet before, and I really appreciate that the deck exists. I like that it attacks from such weird angles. There’s really nothing else like it in Modern.

Game 1, the opponent Amulet’d into two Asuzas that I was able to Bolt > Snap > Bolt, then played Summer Bloom. He had Slaughter Pact to protect himself from the combo, and so we moved to game 2.

For sideboarding, I did the following:

So I definitely goofed here. I think taking out Bolts and Lavamancer is right, but cutting Cryptic seems stupid, as it interacts with Titan, can buy you turns, and maybe even kill them to their own Pact if you can get ’em. I cut the Cryptics because I figured they were too slow, but probably should’ve cut Electrolyze(?) instead.

The only real oops I made in this game was some unintutive Exarch tapping (I tried to tap a land but probably should’ve just waited for the inevitable Titan to come down and tapped that), but my opponent had turn 2 Amulet, turn 3 Summer Bloom, so I was already in trouble by that point. I attempted to combo possibly a little too early and was met with a Swan Song. From there, I was able to use tappers and Echoing Truth to buy myself a bit of time, and could’ve won by either drawing Twin or Blood Moon, as my opponent had a Pact to pay for next turn with no mana up or protection. My deck gave me Shattering Spree, which I at least used to kill two Amulets out of spite before conceding the match.

Directly after the match, I found one of my Snapcasters hidden in my deck box, which was a big deal as Snapcaster > Echoing Truth would’ve saved me for a turn as well, but the game itself was so hilarious that I didn’t mind much.

Even though I ended the night at essentially 0-3, it was a great night of Magic. I learned a lot about both my deck and the decks I played against, and I was able to assess some weak points in both my play and build. I need to be more careful with my Exarch/Pestermite tapping plays, and I need to keep an eye on my counterspell resources.

For next week, I’m considering the following changes:

Overall, the deck was a lot less taxing to pilot than Delver, which is encouraging looking towards GP Detroit. Now, I just have to play better (and of course, get luckier).